So MRI has a GIL. The GIL prevents real parallel threading. What about JRuby and Rubinius?

JRuby and Rubinius don’t have a GIL. This means they do allow for real parallel execution of Ruby code.

Before I get into any more technical explanations, I want to prove what I’m saying!

The following benchmark calculates 1 million prime numbers 10 times. I chose this particular example because it executes a lot of Ruby code, and because it’s easy to spread the work across multiple threads.

It uses Ruby’s Prime library to generate the primes. The first benchmark block does it ten times in one thread; the second block does it two times in each of five threads.

Here are the results across MRI, JRuby, and Rubinius: 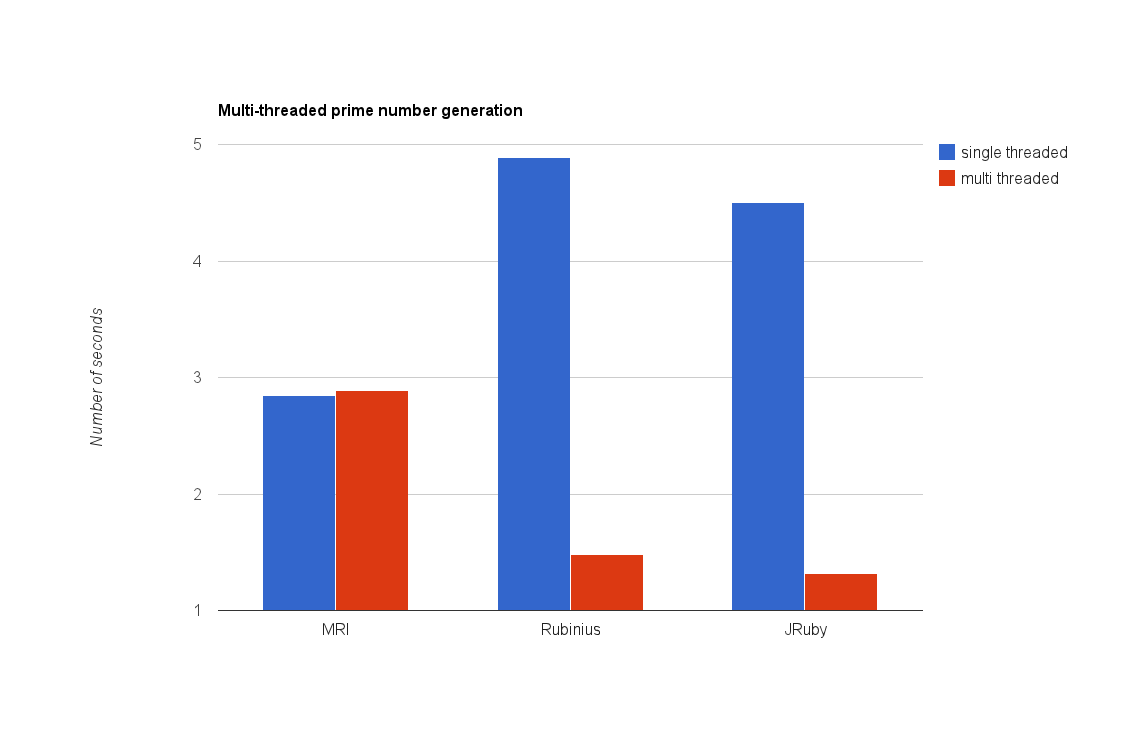 The various implementations have different performance profiles when it comes to heavy math calculations, but the thing to focus on is the relative difference within each implementation.

Both JRuby and Rubinius were able to calculate the result significantly faster when using multiple threads. Contrast that with MRI. MRI’s multi-threaded results showed no significant improvement over its single-threaded result.

These figures are a direct representation of the GIL. The GIL in MRI prevented Ruby code from being executed in parallel, hence no speedup.

But…don’t they need a GIL?#

At the end of the last chapter, I gave you three reasons why the GIL exists in MRI. This would be a good time to address how the other implementations solve these problems. Let’s take them in order.

← How Many Threads Are Too Many?
Thread safety →